The Story of Mary, Mother of God

Mary’s divine motherhood broadens the Christmas spotlight. Mary has an important role to play in the Incarnation of the Second Person of the Blessed Trinity. She consents to God’s invitation conveyed by the angel (Luke 1:26-38). Elizabeth proclaims: “Most blessed are you among women and blessed is the fruit of your womb. And how does this happen to me, that the mother of my Lord should come to me?” (Luke 1:42-43, emphasis added). Mary’s role as mother of God places her in a unique position in God’s redemptive plan.

Without naming Mary, Paul asserts that “God sent his Son, born of a woman, born under the law” (Galatians 4:4). Paul’s further statement that “God sent the spirit of his Son into our hearts, crying out ‘Abba, Father!’” helps us realize that Mary is mother to all the brothers and sisters of Jesus.

Some theologians also insist that Mary’s motherhood of Jesus is an important element in God’s creative plan. God’s “first” thought in creating was Jesus. Jesus, the incarnate Word, is the one who could give God perfect love and worship on behalf of all creation. As Jesus was “first” in God’s mind, Mary was “second” insofar as she was chosen from all eternity to be his mother.

The precise title “Mother of God” goes back at least to the third or fourth century. In the Greek form Theotokos—God-bearer—it became the touchstone of the Church’s teaching about the Incarnation. The Council of Ephesus in 431 insisted that the holy Fathers were right in calling the holy virgin Theotokos. At the end of this particular session, crowds of people marched through the street shouting: “Praised be the Theotokos!” The tradition reaches to our own day. In its chapter on Mary’s role in the Church, Vatican II’s Dogmatic Constitution on the Church calls Mary “Mother of God” 12 times. 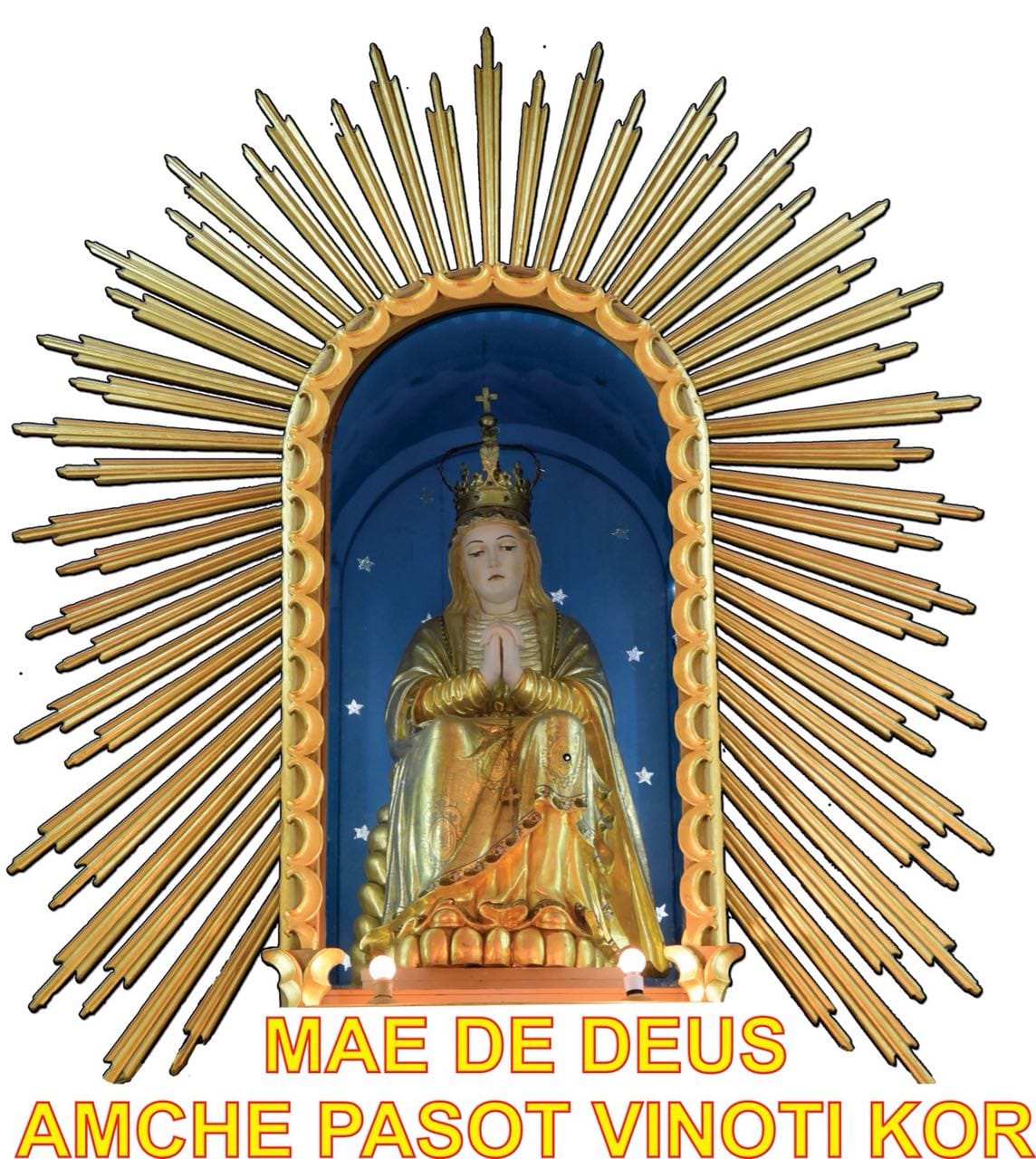 1560: Archbishop Dom Gaspar de leao Pereira acquired the beautiful statue for setting up the Franciscan Retiro at Daugim. The beautiful wooden statue was acquired by Franciscan Friars through their Spanish counterparts who set up a friary in the suburb of Old Goa in a place called Daugim. This Friary became the principal monastery of the province where the statue of Madre de Deus ( as addressed  by the Spanish friars) or the Nossa Senhora de Mãe de Deus adorned the main altar of the friary  church. Even after three centuried when the Monastery came to ruins miraculously the statue  survives the vagaries of weather and climate.

There is an old Konkani song (Ref. Fr. Caetan V. do Rosario 1890) which describes how the statue was brought to Saligao:

( People of our village went by beautifully decorated boats, nobody could carry her but when our Parishioners went they easily lifted the statue and carried her on their shoulders singing hymns to the Mother of God while people anxiously waited atop the hill to cast a glance at the statue and when they saw this beautiful statue of Our Lady for the first time they were filled with awe and emotion!)

The Monastery and its church had been inaugurated on the 31st of October 1569 but by 1878 the Friary had disappeared and the church was in a tottering condition. However the miraculous statue of Mae de Deus was taken to Saligao on 25th November 1873. This beautiful statue was once the prized possession of Daugim and adorned the main altar of the Friary church. The first Friary of the Mother of God was inaugurated on 21st October 1569 and the entire province was dedicated to Mae de Deus – in 1835 the Portuguese Government banned all religious orders including the friary at Daugim and the property was confiscated by the Government and gradually passed on to a private owner. Thus the then over three centuries old frairy fell into ruins and by 1879 the friary had disappeared and the church was a mere shell                 ( something like Saint Augustines Tower we see today at Old Goa). A cross was erected to mark the site of the erstwhile convent and church of Madre de Deus. Thus Daugim was reduced to a completely deserted village. The cross and the main altar niche in the which the statue once sat remained till the 1970’s until the property was converted into a fisheries industry by its private owner. 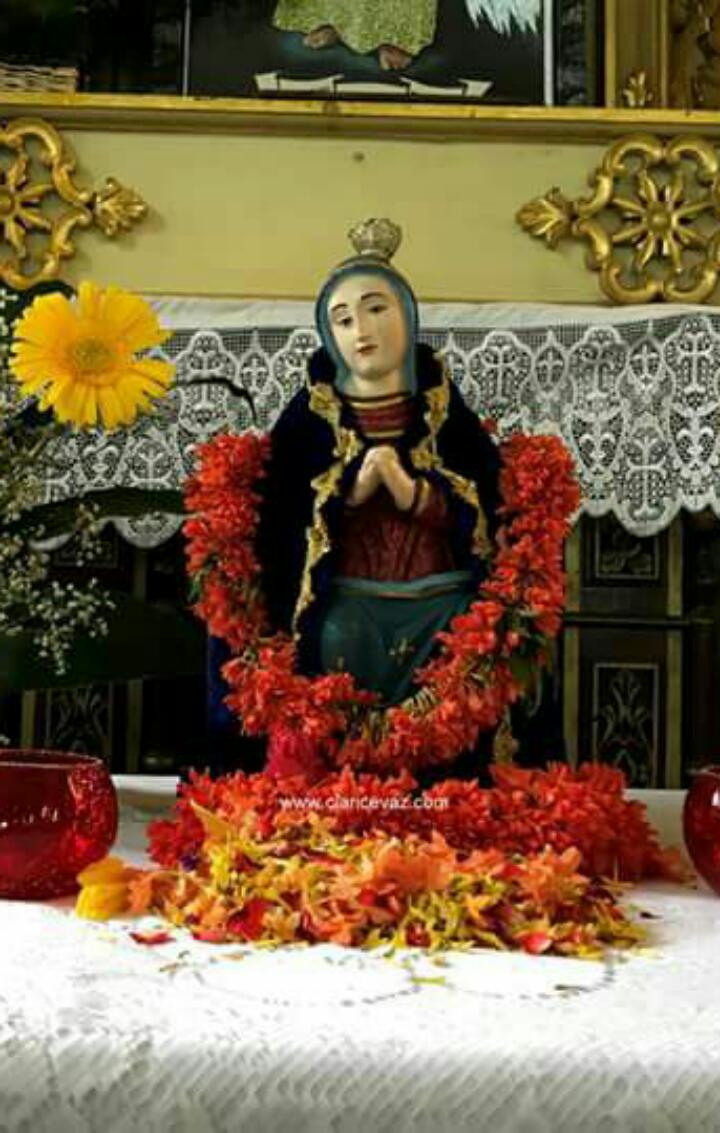